In-depth analysis of the planche exercise

The planche is one of the most wanted and admired elements in calisthenics and probably many of you want to learn how to hold a straddle planche position and later on, a full planche. In this article, you can find an in-depth analysis of this movement.

As for the biomechanical analysis, we count with the collaboration of Iron Masters, one of the greatest experts in biomechanics in the spanish fitness community. Iron Masters will explain to us in detail how the great number of muscles involved in this movement. Plate analysis is a analysis of great complexity, since it is one of the most powerful elements hard within calisthenics. 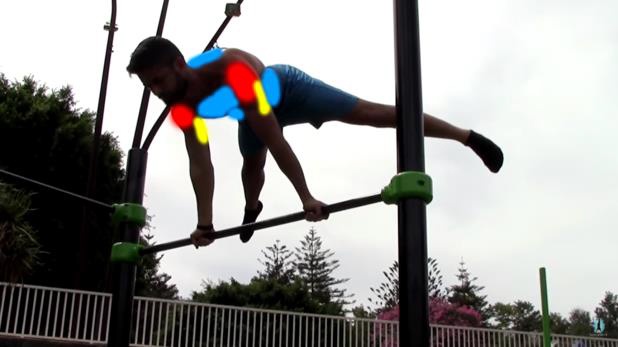 If we take the example of a handstand, the idea would be a balance situation in which no muscle has to work, such as when we are standing. However, when we do a handstand, your body weight can swing forward or backward. It is precisely in these situations when several muscles are activated to prevent the fall. 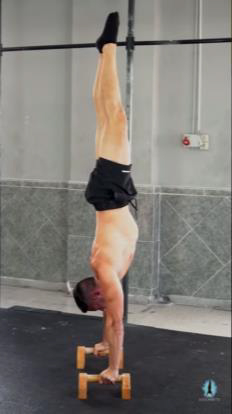 In this handstand exercise, the muscles involved are the glutes, the hamstrings, the erectors and secondarily the calves and the quadriceps depending on the relative position of the ankles and knees. On the shoulder: the flexors, the deltoids, the short head of the biceps brachii, the coracobrachialis, the pectoralis major, the trapezius and the serratus. The elbows should be fully extended, so the elbow extensors (triceps) are involved. The wrist adductors and the palmar flexors work on the wrist. The pectoralis muscle performs a double function since it works the upper fibres during flexion and fixes the position in adduction.

In a handstand, we only have one axis of rotation and one position of balance. However, when we start a planche movement (whether it is ascending, descending or an isometry) there are two possible axes of movement. The acromioclavicular axis that moves in front of the centre of gravity; and the pelvitrochanteric axis, behind the centre of gravity.

Nevertheless, there is a hinge point between these two axes, where the abdominal is located. The abdominal must contract for a moment of blocking, but it cannot be dominant because if it were, it would cause the trunk to roll and the legs would go down. The planche is a highly complex movement that involves a series of specific adjustments that require very short and intense efforts from the antagonistic muscle group (trunk flexors and rectus abdominis). 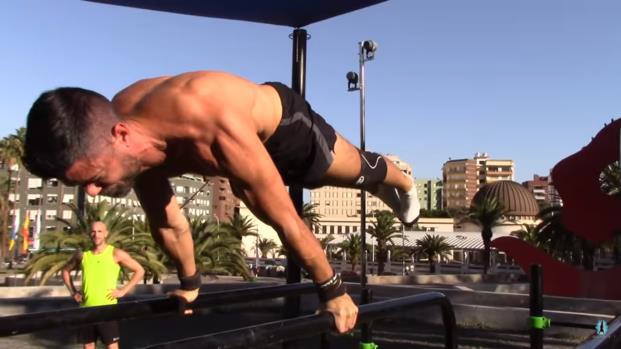 Furthermore, we must understand the movement to prevent the position from breaking down. It is also essential to understand the main purpose, that is: we must allow that small adjustment that occurs during the forward imbalance, but without influencing or causing unwanted consequences. It is important to remember that the movement is upwards, so all the muscles of the posterior chain have to work to recompose the vertical. The movement takes place during the eccentric phase, while we are doing the isometry it has to be absolutely controlled by the posterior muscles that are exerting the braking action and we have to ensure that this activation does not break down.

There are different opinions about the right form and posture of a planche. In calisthenics, a proper planche should be performed with the elbows and knees completely locked, the feet pointed, and scapular protraction (the upper back rounded). 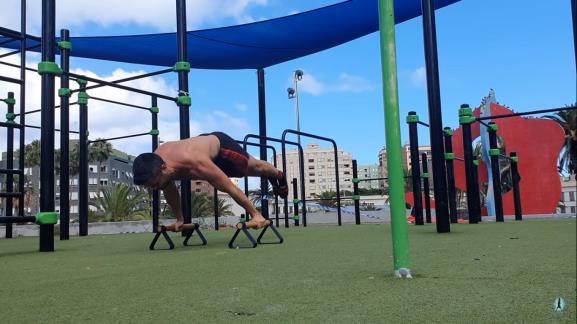 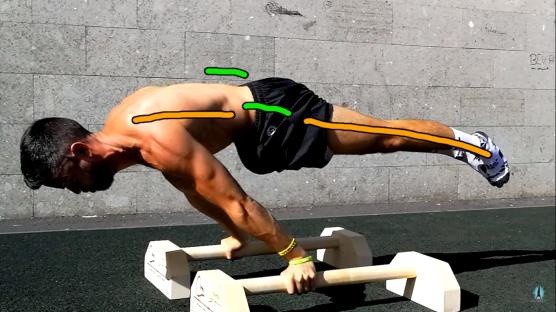 On the other hand, some may prefer a planche without as much pelvic retroversion, but with the hips lower, so that the legs are completely straight and parallel to the floor, even if there is a little lumbar curve. This difference is even more evident on the straddle planche, but that is a subjective matter of personal preferences and aesthetics.

If you want to perform a planche with pelvic retroversion, you have to activate different muscles of the middle area of the body at the right time. In this particular case you would have to activate abdominal, glutes and femoral in order to move the hip in the direction that you want. 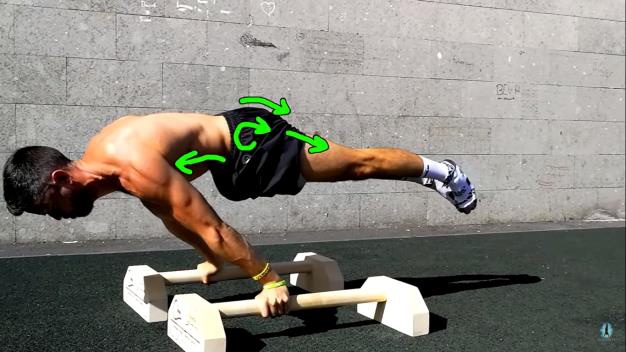 Moreover, in the gymnastics community it seems that they do not even focus on scapular protraction, so they execute a very straight planche, but with a non-rounded upper back.

Whether you are on the road to getting the straddle planche or the full planche, the exercises and progressions that we are going to see below are key to gain strength and start to see results.

If you are interested in incorporating the planche exercise into your routine but you do not know how, the Smart Progress section of Calisteniapp offer you a specific planche routine so you can work on this element.

Ideally, when planning your planche routine the most efficient thing you can do is to place the most difficult progressions or exercises you are capable of performing at the beginning, and at the end of the routine, simpler exercises with a greater number of sets and repetitions. You have many examples of these types of routines for free on Calisteniapp. Some Examples are:

Regarding the prevention of injuries and pain, it is important to strengthen each exercise for a long time before moving on to the next. If you experience any discomfort, it is advisable to go back and continue strengthening the simpler exercises before trying to move forward. The connective tissue of the joints takes longer than the muscle to adapt to new levels of demand. Although at the muscular level you can be prepared to make a new progression or exercise, it may still be too soon for your joints, and that is the reason why we must be especially careful.

Without forgetting the recommendations on injury prevention, it is advisable to design routines that involve a high degree of demand, both at a technical level and at an intensity level. The overuse of the lean planche and its different variations, and elastic band progressions do not usually generate enough muscle stimulation. Both the lean planche and band progressions are effective in terms of learning technical aspects, but not to gain strength or to get that stimulus that our muscles need to be able to do the final version of a straddle or a full planche. These exercises can be performed, but it is not efficient to perform them as the main basis of planche workouts. 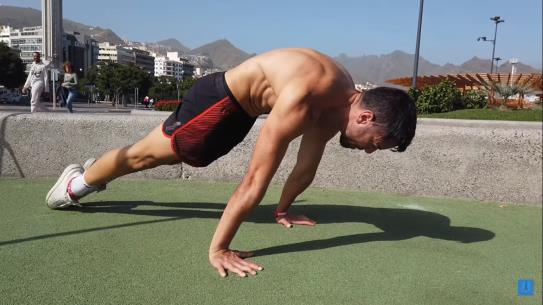 Furthermore, it is important to always apply the process of progressive overload to notice changes safely in your body and in achievement of your goals. It is not productive to always do the same routines with the same repetitions, series and exercises. This lead to a slow progress and that is why it should be avoided. Instead, it is advisable to increase the intensity of the routine by modifying these variables (repetitions, series and exercises), so that it continues to provide the stimulus the muscle needs.

HOW LONG WILL IT TAKE?

The time it usually takes someone to be able to do the straddle or the full planche is very relative, since it depends on the initial level of each individual, their characteristics, the time they have to train and other personal background. Therefore, while for some may take a few months, for others may take years. However, the important thing is to monitor our own progress and move forward without always repeating the same routines. 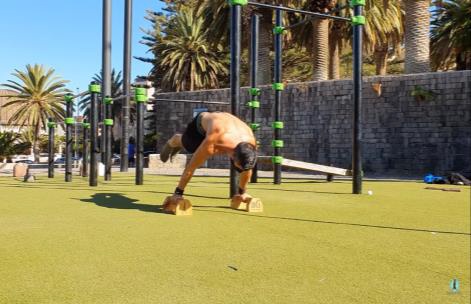 To that end, you can access the Smart Progress section of the planche at Calisteniapp, which will guide you until you reach your final goal: the full planche.